via News – Gaming and Culture https://ift.tt/2dX8g0J

As dreamy as it might be to combine renewable energy sources with storage batteries, there’s a problem: those batteries are expensive. It might take you years to recoup the costs. You’ll be glad to hear, then, that Stanford scientists have a way to make those batteries more cost-effective. They’ve developed a liquid metal-based flow battery that can store electricity at a lower price, even on a large scale. A metal-producing mix of sodium and potassium serves as the negative side of the battery, providing nearly twice the maximum voltage of typical flow batteries (making them high-value) without having to resort to exotic chemicals or extreme temperatures.

It sounds simple, but there was a challenge to making this work. The team had to use a ceramic membrane that combined aluminum oxide and potassium to separate the positive and negative materials while still allowing a current.

There’s still some tweaking left, such as optimizing the membrane to improve the power output and choosing a liquid for the positive side that won’t weaken the membrane. And like many battery experiments, there’s a long road from a successful lab test to something you can buy. There’s a strong incentive to make this a reality, though. If it lowered the price of storage batteries, both homeowners and electrical grid operators might be more likely to switch to solar or wind power knowing that they’d recover their investments that much sooner.

GM has expanded its collaboration with Honda to supply the Japanese automaker with next-generation batteries. These will go in EVs built mainly for the North American market, and though neither company stated when they would start using the new power options, sources told Reuters that they’re expected to begin production in 2021.

GM’s innovations intend to cut electric battery costs in half — which is huge, given their typical pricetag between $10,000 and $12,000, sources told Reuters earlier in the year. The deal will help Honda speed up EV production after 2020. It’s not the automaker’s first collaboration with GM: In early 2017, the pair went in together on a Michigan factory dedicated to producing hydrogen fuel cells to power their vehicles. But given the auto industry’s increasingly expansive investments in electric vehicles — GM included — this is a savvy move to get more EVs on the road.

The addition of salt to block copolymers results in the spontaneous and surprising formation of well-ordered lamellae in a sample that originally had a disordered morphology.

The geometry of ion-conducting pathways (bright domains) is crucial for both prevention of dendrite formation at the lithium metal anode and for conducting ions between the battery electrodes.

Advances in materials functionality for Li-O2 electrochemistry have resulted in a Li-O2 battery that is able to run under a realistic air atmosphere with a long cycle life.

The new Li-O2 cell architecture is a promising step toward engineering the next generation of lithium batteries with much higher specific energy density than lithium ion batteries.

Bentley is the latest luxury car maker committing to EVs 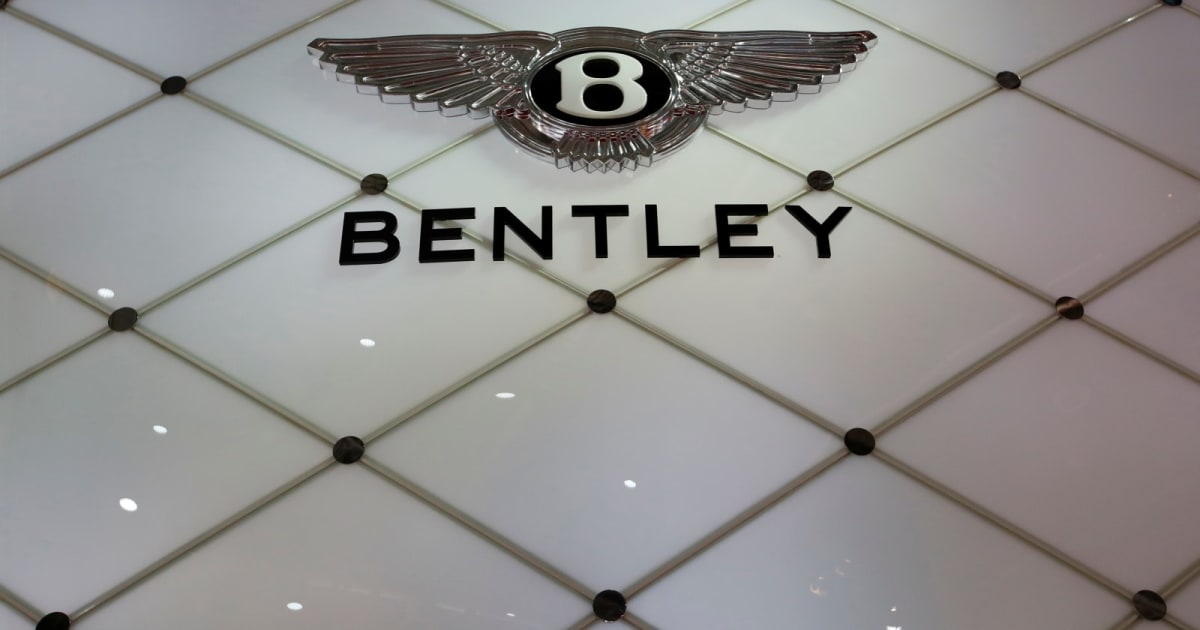 According to AutoBlog, Bentley is planning on using the same electric architecture as the Porche’s Mission E, making for a faster, stronger and farther-ranging automobile. “A full electric Bentley is something I am extremely convinced we have to do,” design director Stefan Seilaff told Auto Express. “It should be a four or five-seater and it should also have the possibility to carry a little bit of luggage, maybe not for five people.” 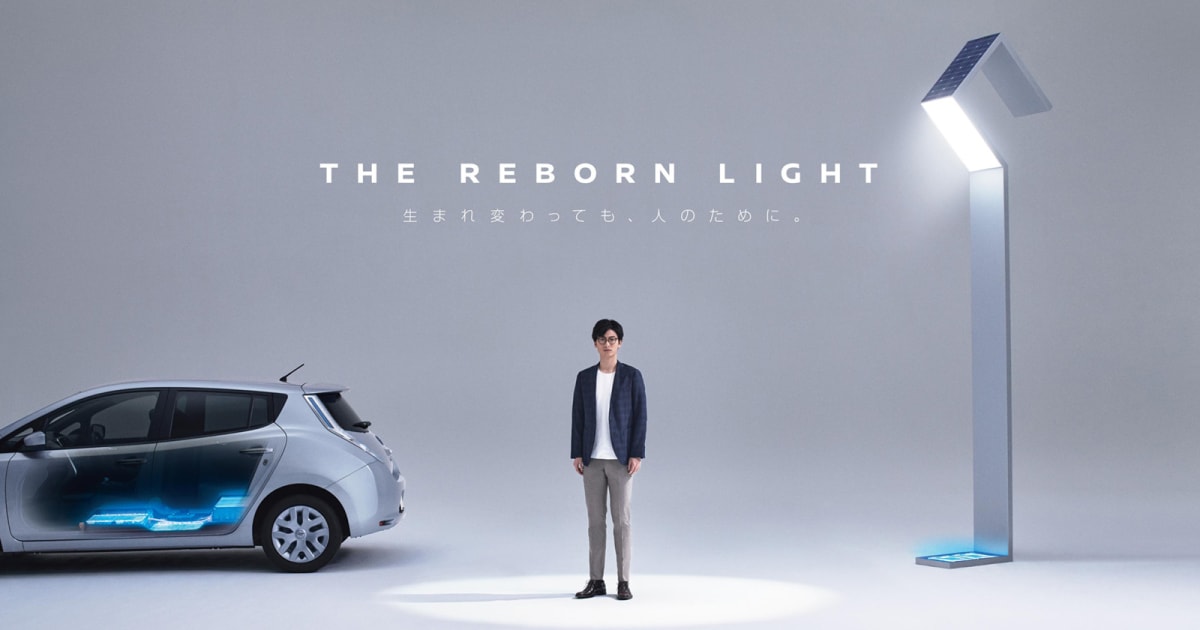 Nissan is hoping to achieve a target of selling 1 million electrified vehicles across its portfolio by its fiscal 2022, the automaker announced today. The target is part of its overarching strategic mid-term plan leading up to 2022. To be included in the sales total, models sold by Nissan need to either be pure electric or e-POWER vehicles (Nissan’s hybrid system that delivers the performance benefits of a fully-electric powertrain with the range and refuelling benefits of an internal combustion engine).

The overall strategy to help get Nissan to that milestone also includes the release of eight new purely electric vehicle, to follow the LEAF, and a multi brand launch of EVs specific to China. There’s also a new electric mini-car coming to Japan, and a plan to electrify all new Infiniti vehicles by 2021.

Alongside its EV targets, Nissan is also looking to build out its autonomous driving portfolio, with specific goals to ramp up its ProPILOT advanced driver assistance system sales by 2022. Nissan says it’s also aiming to sell 1 million models per year equipped with ProPILOT (which is similar to Tesla’s Autopilot) by that time. ProPILOT should grow more capable, too, with automated multilane driving and destination picking hopefully rolling out in the next couple of years.

I’m not gonna lie. Sometimes I see a science paper and think, dang, that’s really cool, I really wish it could do X. Like, maybe a major advancement in flexible, transparent plastic conductors could solve all of my cracked smartphone screen problems. Of course, things are more complex than just that, and a single new material won’t solve my concrete-induced woes. But this latest research definitely conjures some intriguing possibilities.

“Conductive flexible plastics will open up a host of medical and display applications that we can’t currently imagine,” Brett Savoie, assistant professor of chemical engineering at Purdue, told Gizmodo. Combined with other breakthroughs, plastics that conduct electricity well could make for some wonderful gadgets.

Scientists have increasingly been exploring the field of “organic radical polymers,” which have strange electronic properties. These are molecules built from a single regular repeating unit, called a monomer. But their special electrical properties come from a dangly bit hanging off of each monomer that has an extra, unbound electron, called a free radical. This new polymer, poly(4-glycidyloxy-2,2,6,6-tetramethylpiperidine-1-oxyl), PTEO for short, is in the neighborhood of 10,000 times more conductive than its competition.

Building one of these conductive polymers requires precisely controlling each monomer. In this case, the conductivity comes about through annealing, or heating and slowly cooling the material. This presumably arranges the polymer in a way that allows the electrons to move from free radical to free radical along a little electric highway.

This isn’t the first transparent conductor, nor the first polymer conductor. But lots of the existing ones rely on a chemical called ITO, which incorporates the very expensive and brittle metal indium. The new PTEO is not the most conductive plastic, but it takes a lot less work to make than other varieties.

The research has other limitations—the conductivity only works on teeny, micrometer-scale distances.

As Professor Jodie Lutkenhaus from Texas A&M writes in a commentary for Science, “Although the conductivity is exceptionally high for this polymer type, wider application will require this conductivity to be sustained over a larger length scale.” She’d also like to see further analysis of the polymer’s structure to validate the author’s claims in their paper, also published in Science.

The new conductive plastic is constructed from some pretty widely available parts. If the researchers could send the electrons through the conductors over longer distances, perhaps they could incorporate the material into batteries, flexible touch screens, or medical devices.

Maybe it’s spring fever, but I’m feeling optimistic that one day I’ll have an iPhone that, with the help of some neat chemistry, doesn’t crack in response to my own stupidity.